Although the X-Men's new status quo has united mutants from Magneto to Lifeguard on one (or two?) islands, one pocket of X-lore that might never appear in this ever-expanding line is the blink-and-you-missed-them All-New All-Deadly X-Men.

Unless, that is, those dark shadows that plagued the X-Men from August 1998 to, well, later that month are the foundation on which House/Powers/Dawn/Reign of X are built. 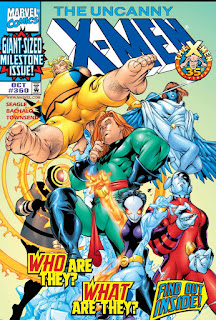 But just like Alan Davis' tale of the X-Men traveling back in time and landing in the midst of a Skull plot to infiltrate Earth's superhuman community (X-Men #89-90 and Uncanny X-Men #370) retroactively looks like it's foreshadowing Secret Invasion, Steve Seagle and Joe Kelly's two-parter about fake hybrid mutants looks a bit familiar in the light of 2019's House of X and Powers of X.

In celebration of the 35th anniversary of the X-Men's debut, the team was featured in Uncanny X-Men #360. Designed by artist Carlos Pacheco, each was reminiscent of multiple existing characters. 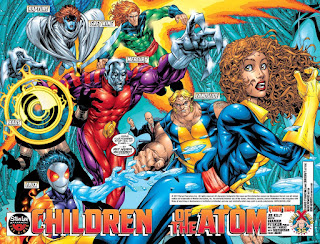 The Grey King was like a male Jean Grey, with a Phoenix corona and psychic abilities that included nullifying mutant powers like, say, the Marauders' Scrambler.

Landslide was a bizarre mash-up of Blob and Beast, chunky and acrobatic, with the sideburns of Banshee and the Southern accent of Cannonball.

Rapture had the face of Mystique, the wings of Angel and a sword Nightcrawler would have fancied.

Mercury's metallic skin called to mind Colossus, while his claws were reminiscent of Sabretooth and his mercenary “past” evoked Wolverine.

Crux was a French figure skater who combined the flames of Pyro or Firestar with the cold powers of Iceman and the body of Jubilee.

Xaos' energy blasts reminded me of Havok, and his autistic nature flashed back to M's younger sister, Claudette.

(I've seen others online break down the components in a different manner. Some of my impressions may be off, but the point is, they were mash-ups.)

These guys burst onto the scene while the original X-Men roster was down to Wolverine, Rogue, Storm and Marrow. Appearing to act under the direction of Professor X himself, they hunted down Kitty Pryde, who was returning to the U.S. alongside Nightcrawler and Colossus after Excalibur disbanded.

If you don't know their secret 23 years later and don't want it spoiled, bookmark this page and come back after reading Uncanny 360 and its follow-up X-Men 80. 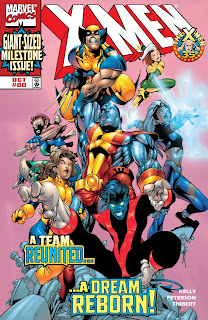 Turns out, “Professor X” was Cerebro gone rogue after interfacing with Bastion during “Operation: Zero Tolerance” and the new X-Men were nanotech phantoms created by the suddenly sentient mutant detector. Cerebro wanted to use Kitty to further its plan to catalog all mutants. When the new team failed, Cerebro Ctrl-Alt-Deleted them and tried a new approach.
The All-New, All-Deadlies were built up heavily in marketing and had a substantial presence in an X-Men expansion for the Overpower card game.

Perhaps because of this over-emphasis, the characters always stuck in my head. As much as ideas get recycled and resurrected in comics, it's a little surprising they've never been heard from again.

But maybe they will be soon...

My on-again, off-again X-fandom is quite on these days thanks to the “X-Lapsed” podcast on the “Chris and Reggie's Cosmic Treadmill” channel. Starting with Hickman's “House of X/Powers of X,” host Chris Sheehan takes listeners through each and every issue of this new era.

With digital comic apps like Hoopla and Marvel Unlimited allowing me to follow along without breaking the bank, I've been keeping up with the X-titles like never before (albeit a couple months behind) and swapping opinions and theories with the loyal community of X-Lapsed fans.

A while back, those theories intersected with the part of my brain that inexplicably clings to these erstwhile X-Men.

One of the most striking images of the HoX/PoX marketing and series were a couple of characters who looked like mash-ups of multiple X-Men: a female with Colossus-esque skin wielding what looked like Magik's Soulsword and a guy that resembled a red-furred cross between Nightcrawler and, to my eyes anyway, Gambit. 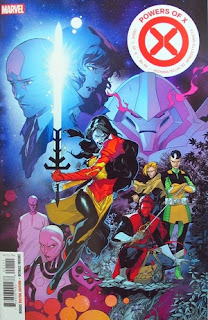 Turns out, the recipe is more complicated than that, but Rasputin and Cardinal, respectively, are revealed to be Chimeras, bred by Mister Sinister and combining the powers of multiple mutants.

Sinister's fascination with collecting and cataloging mutant DNA is an important point in HoX/PoX, done at the behest of Xavier and Magneto as part of the long-hidden conspiracy revealed in the story. I'd forgotten Cerebro's similar fixation before I re-read the “All-New, All-Deadly” issues in anticipation of this writing.

The collection and preservation of mutant DNA is vital to the new mutant nation of Krakoa, and those records are all stored in amped-up versions of... Cerebro.

Am I implying Hickman was influenced heavily by what appears to be a truncated storyline just prior to Seagle and Kelly departing the X-Men? Not really.

But I could see a retcon tying Cerebro's transformation into a DNA-collecting, power-combining villain to a conspiracy that hadn't been made up yet in real time but was already well under way in the comic chronology.

Perhaps the machinations of Sinister, Professor X and Magneto motivated Cerebro's heel turn as much as Bastion's interface, making the All-New, All-Deadly X-Men the first proof of concept for the building blocks of Krakoa and beyond. 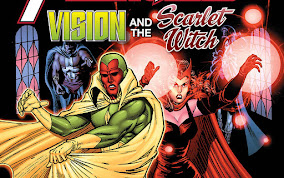 Like many people, I've been wildly speculating over the last seven weeks about just what the heck is going on in Westview, the fictional New Jersey town where Wanda Maximoff, aka the Scarlet Witch, has crafted a not-so-perfect-as-it-seems sitcom life on “WandaVision.” I'm not too shabby at coming up with hot takes on movie, TV and comic storylines... unless you measure their quality by, you know, how often I get them right. When the Red Hulk burst onto the comics scene in 2008, I put the clues together and determined he was none other than Betty Ross' ex, Glenn Talbot. I was so convinced that I tenaciously clung to the theory long after the Red Hulk was revealed to be none other than Betty's dad, Thaddeus “Thunderbolt” Ross. When “Agents of S.H.I.E.L.D.” premiered in 2013, I was pretty confident Phil Coulson was an LMD (life model decoy). Turns out (seven-year-old spoiler warning) I was wrong. Well (two-year-old spoiler warning), early. When the Vision debuted in 201 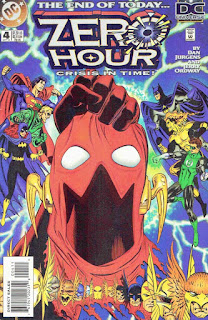 Top 10 - Comic Events that could Double as Band Names