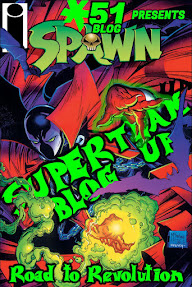 Todd McFarlane was the first artist whose name and work I recognized, as an integral part of the first series I regularly collected, “Incredible Hulk.” And yet when he and a number of other susperstar artists joined forces to create Image Comics and debut their own superheroes, I didn't follow.

The idea of a new comic company and a new universe where I could get in on the ground floor was exciting, but, outside of getting the first 14 or so issues of “The Maxx” and almost completing “Badrock and Company,” I never did more than buy the occasional issue in those early years.

I saw McFarlane's distinctive character, Spawn, all over the place, in ads and Wizard magazine. I bought the Batman/Spawn special by Frank Miller because I'm a sucker for crossovers, even if I'm not all that interested in the stars. But I never actually read an issue of “Spawn.”

With the latest edition of the Super Blog Team-Up marking 2022 as Image's 30th anniversary, I figured it was about time to rectify that situation. So why not start at the beginning? 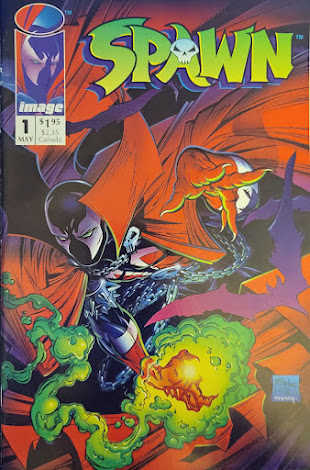 The issue opens with a view of Earth from space (or somewhere), as an unseen narrator (Spawn, I presume) cryptically and desperately laments his situation. As the scene shifts to a darkened cityscape, he says he wants to die. Again.

That's a memorable way to get the ball rolling.

The title character lurks atop a church, as lightning highlights his silhouette, wondering just why the heck he came back. Next, a trio of talking heads in 1987 discuss the death of decorated Marine Corps Lt. Col. Al Simmons from different angles. Details like his role in saving President Reagan from an assassination attempt and possible connection to the operations of Youngblood (the U.S. government-sponsored super team that starred in Image's very first series) establish the story's ties to the real world and the burgeoning Image universe.

Nine-panel grids from before they were cool establish snippets of Spawn's past, about which he remembers very few specifics. I presume at this point we're supposed to know he's Al Simmons, and not just because we've gotten bits and pieces of the story over the ensuing three decades. It also seems clear he's made a deal with some sort of devilish individual to get back to life (ish), even if you don't already know Spawn is short for Hellspawn. 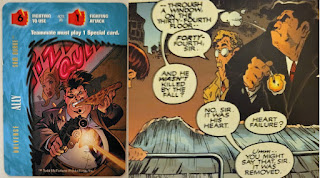 A full page of his Spider/Venom-reminiscent mask gives way to a two-page vertical splash of the full character (who we've already seen on the cover, but it's still striking). Next, we meet a pair of detectives, one of whom is called Twitch, leaving me to assume the other is Sam. I primarily know them from reading about them in comics publications, and that sweet Sam Burke Overpower Ally card. They're investigating the brutal murder of a mob hitman, and I'm assuming (again) at this point that Spawn is responsible, or at least will be implicated. 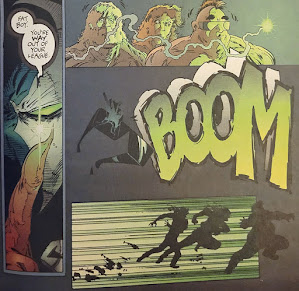 But our amnesiac hero is engaging in a classic alleyway rescue for his first on-panel crimefighting, albeit with less left to the imagination about what this particular band of thugs wants with the woman they're accosting. In the sequence, we learn that Spawn is strong, capable of generating some kind of green energy and kind of mentally unstable as a wave of memory fragments comes rushing back. Spawn collapses to his knees, and the woman he rescued – frightened of him moments before – tries to comfort him instead. 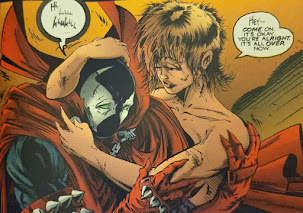 After a cut back to the talking heads in the present day, Spawn wanders in an alley and realizes the beautiful woman whose face he keeps seeing was his wife. Confused and angered, he begins to rip off his costume and discovers the flesh underneath is severely burned. Our last view of the troubled figure is him collapsing in a heap, crying. Not the kind of ending you'd expect for an over-the-top, literal-hellfire-and-brimstone-type character, which makes it rather effective – and frankly a better parting shot than that devil guy promising to make more trouble for our presumed hero on the last page.

All in all, a solid first issue. It doesn't tell me much about the character and his supporting cast, but it establishes them in an intriguing way and makes me curious to see how the story unfolds. Maybe a little slight, but I think the air was let out of some of the mystery tires because I had picked up so much information about the character secondhand through the years. 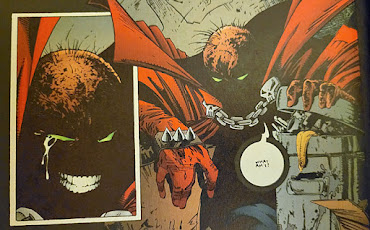 McFarlane's art is dynamic and distinctive, and Spawn is a great-looking character. Sure, I'm not a fan of casually tossing about Hell-themed content, but nothing in this specific issue bothered me all that much. 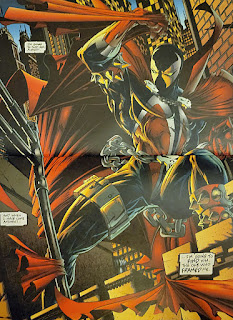 A good chunk of those wound up in a longbox a former co-worker of mine had left from a non-comic store where she'd worked. She brought them to the office one day to show me and some other comic-interested folks and let me snag one for its historical significance.

Since it clearly wasn't going to put either of my kids through college, I parlayed it into my contribution to this Super Blog Team-Up looking at Image after its first three decades. Check out the other posts below, including the Comic Stripped podcast in which Mark Radulich and I discuss “Term Life,” a movie I'd been wanting to see despite having no idea it was based on a comic until being invited to do the show. 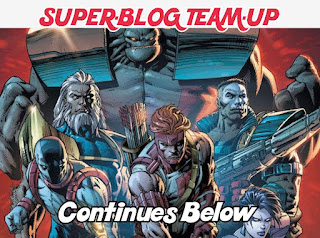 In My Not So Humble Opinion - Astro City: That Was Then...

Chris is on Infinite Earths - Cable Eats a Bagel: The De-Imagification of Nathan Dayspring Askani'Son Summers

No profanity, no bullying, no harassment. Feel free to disagree, but do it respectfully and politely.

JLA/Avengers: It Had to Be George

I've seen some speculation online lately about why we haven't gotten a Marvel-DC crossover in nearly 20 years. This probably isn't the answer, but maybe the powers that be just figure they're never going to top the last one. Please pardon my amateur Photoshopping. “JLA/Avengers” (as it was known for issues 1 and 3, “Avengers/JLA” for 2 and 4) not only combined the rosters of the teams circa 2003, but everyone who had ever been a member and a host of other elements from each universe thanks to the time-traveling, reality-shifting nature of the story. In some ways, it was more Marvel vs. DC than 1996's “Marvel vs. DC/DC vs. Marvel.” And it could only have been drawn by George P é rez. Of course, it wouldn't have been possible without the story crafted by Kurt Busiek, a living comic book legend in his own right. But the subject of this Super Blog Team-Up is the incomparable P é rez, giving us a chance to show our appreciation and admiration for his influence on 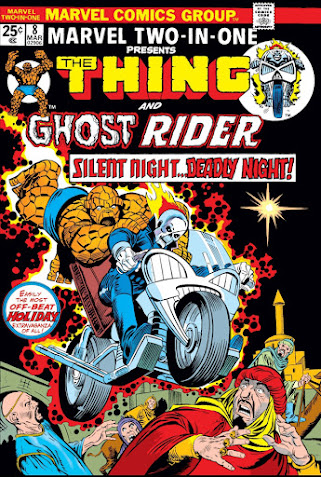 The Thing and Ghost Rider Save Christmas?

Marvel Two-in-One (Vol. 1) #8 “Silent Night … Deadly Night” Writer: Steve Gerber Artists: Sal Buscema and Mike Esposito Letterer: Charlotte Jetter Colorist: George Roussos Editor: Len Wein Released: Dec. 10, 1974 The original Marvel Two-in-One, featuring the Thing and a rotating cast of guest stars, is one of my favorite comic series. I discovered random issues at the same flea market that introduced me to the Eternals and most of my comics that didn't come from the spinner at Waldenbooks. Thanks to Marvel's terrific Essentials trades – phonebook-sized, black and white collections that collect chunks of classic runs at a reasonable price – I own just about every issue and have read a good portion of them. One of the gems I discovered there was Marvel Two-in-One #8, featuring a team-up between Thing and Ghost Rider on Christmas Eve. The story opens with Ghost Rider (the Johnny Blaze incarnation) riding through the Arizona desert when his path is blocked by a camel-rid